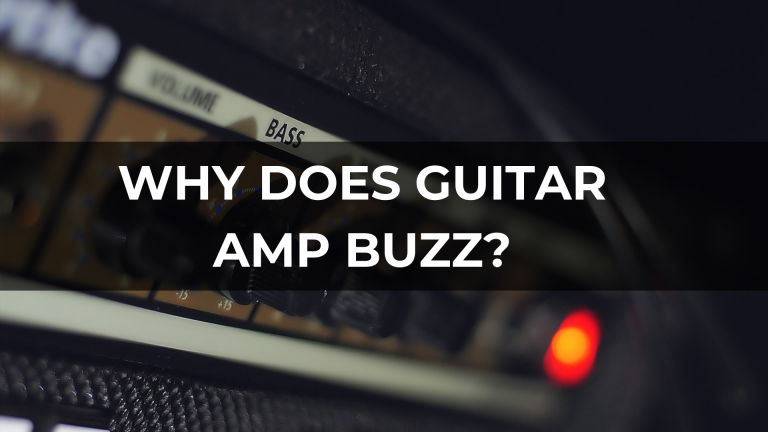 A guitar amplifier is an electronic system that strengthens the weak signals from a pickup so that it can be amplified and sent to (usually inbuilt) speakers. Amps have the most influence on volume/sound after the guitar so it is essentially a very important part of a musician’s kit. Amps require regular maintenance and update to prolong their lifetime, like all electronics. Whether you would like to figure it out yourself or take it to shop, amplifier services won’t cost you a lot.

Basic technicality of how an amp works

A general electronic audio amplifier makes a signal louder but guitar amplifiers are capable of much more. They imprint their sonic signatures onto the player’s sound and alter the way a guitar playing experience making it such an important part of a guitarist’s kit.

The function of an amp is to output the electrical signal with the same frequency as the input signal but boost the voltage making the signals much stronger. The original amp has three parts: the pre-amp, the power amp and the speaker. The modern guitar is capable of generating a huge overdrive and distortion at low volume level

Now,why your amplifier makes a sound and how to repair them depends on what kind of amplifier you use and what components the amplifier employs.

Many guitarists still consider tube amps to be the pinnacle of amp technology and trust them to produce the best tone. Whether that’s true is highly debatable because ‘tone’ is entirely subjective.

Tube amps are named after the vacuum tubes they use to drive the amp. These diodes will heat up and glow orange when current is passed through them, like a filament bulb would. The basic idea is that when you crank up the tubes, they start to break up your signal and produce smooth and dynamic tones that so many guitarists enjoy.

Before transistors were invented, tubes were used in all amplifiers, but several guitarists still like to use a tube guitar amp today for the warm tones their warm tone. Valve amps are the same as tube amps. They are called thermionic valves in English , while “Tube” is an American term.

Compared to the other types of guitar amps that we will consider later, tube amps use ancient technology which adds to the appeal for hardcore guitarists and fans. Some guitarists like the idea of sticking to original or real vintage gear. On the other hand, many other guitarists considered what is possible from modern guitar amp technology and decided that tube amps were not worth it.

However highly coveted warm and responsive tones of a tube amp does come at a cost. Tube amps are typically far more expensive and more fragile than other types of guitar amps. In addition, another huge difference between other amps is the huge variation in weights- of a tube amp compared to all other  amps. Tube amps can be ridiculously heavy and occasionally unreliable as they are susceptible to overheating and have been know to waste about 50{afbf049f0c36df10d5057df0b40e2c3c0963165d2a5376b687e42384a8224966} of the electricity and hence it can cause major problems if you intend to carry them for a gig

After the invention of transistors,  new types of guitar amps started to appear into market and eventually became very sought after around 1950s -the Solid state guitar amps, started replacing glass vacuum tubes with combination of transistors on a printed circuit board that employs semiconductors that do not let the escape of electric current,unlike their tube contemporaries .

If you look at a side by side image of the two,it should be obvious that there’s a big difference between the two. A transistor is rock solid, extremely light, and reliable. A glass vacuum tube in comparison can break or burn out over time. The major advantage with transistors is that they won’t burn like a vacuum tube and don’t require maintenance and will most likely last for a lifetime.

Some other advantages of Solid State Guitar Amp to consider would be that they can produce clear and clean tones ,and better for playing laid back licks( single note melodies and so forth)

However, many guitarists do not prefer the tones produced by transistor amps. Solid state amps are still very limited compared to modelling amps.Solid state guitar amps aren’t as popular today as they have been, mostly being replaced by modelling amps.

The name ‘modelling’ comes from the idea that the amp tries to recreate the tone from a different type of amp. Some modelling amps give you access to hundreds of different amp models, inbuilt effects, and presets.

As in, a modelling amp attempts to reproduce the tone of a tube amp without the use of tubes and with the press of a button

When modelling guitar amps first started appearing, they quickly developed a terrible reputation. Guitarists called them digital rubbish and poor imitations of the real thing. Thankfully, as with any technology, modelling amps kept getting better every time and saw improvements in modelling technology and better quality tones.The gap between a “real” amp and a “modelled” amp started to narrow.

The big advantage of modelling guitar amps is the flexibility and user friendly components and access to a large variety of guitar tones and effects. However many argue that the tones they produce are still not as good as the old valve tone and most modelling amps don’t make the cut alongside their originals.

The last type of guitar amp worth mentioning is newly introduced hybrid amps. Hybrid guitar amps are said to be a bit of a weird type of amp.

The idea behind hybrid guitar amps is that they give you the best of both worlds. You have access to the sought-after tones produced by tubes and you also get access to the flexibility of solid state technology.While that might sound great, hybrid amps can often be disappointing.

Reasons for amp buzz and Some possible solutions to try :

Guitar amplifier hiss is almost always the result of external applications. Amplifiers are almost silent when nothing is plugged into them. The more devices and cords plugged into an amp, the more likely it is to make noise. Other causes of hiss are grounding problems, external effects units, bad cord ends or over-driven gain controls. Use a process of elimination to locate the source of the problem, the process is available below in detail

Problems related to connections and wiring :

Turn your amp off and check all the cable connections. If anything is not fully plugged in, that is the probably the source of the noise.If the buzz sound is gone, then you have a bad cable somewhere in your loop that needs to be replaced, or there is some problem with your other electronics and means the amp works just fine

One way to troubleshoot the faulty electronic(s) or wire(s) is to add the item back into the loop one by one until the noise is back. That device(s) need to be replaced or repaired.

Check to see that the levels on your amp are set at normal. If your  volume is turned up more than normal, it might be causing the buzz. Turn the levels down and see if the buzz subsides. If it does not,  the levels are not causing the issue.

Distortion is a term used to describe the altering of sound usually by adding gain.distortion effects have a natural buzz that cannot be heard when you are playing, but when the guitar is quiet and the distortion is on, you will hear a buzz from your amp.so try switching it on and off to see if the problem lies here

Plug the amplifier into an outlet and turn it on without plugging in any instruments. If the hissing is gone, the problem lies with something you connected to the amplifier such as a microphone or pedals. If it persists, you may have problems with your amplifier or the outlet.check both

If you believe your pedals may be improperly grounded, ground your pedals by connecting them to a sturdy transformer on a different circuit, if possible

Types of Pickups in your Guitar:

The types of pickups in your guitar can also affect the amount of hum coming out of your amplifier. Single-coil pickups (most commonly found in Strat-style guitars) tend to generate noise due to their design.

A single coil pickup is a single magnet wrapped with copper wire, creating a magnetic field. A hum is caused when this field is interrupted by power frequency currents in surrounding electrical equipment. And an amplifier inherently amplifies the sound.

Humbucker-equipped instruments dramatically reduce hum, hence their name. The dual-coil design consists of two magnets that essentially cancel each other out, so noise is significantly diminished. You could also try “stacked” single-coils or the ones that have humbuckers in a single-coil casing

As mentioned before, all amps have some noise floor. So, the quieter you have the amp set, less noise will be emitted. This means that the higher you turn up your amp, more noise will be audible unfortunately, as you are basically raising the noise floor.

Amount of distortion or gain:

The same goes for Gain (the amount of distortion), which will only produce more hiss and noise the higher it’s cranked. So, if you’re a metal player then noise is an issue you will have to battle more than jazz

Do not set the treble or presence control on maximum , it will only make things worse

The way you set the EQ can also affect the noise, or rather the type of noise produced. If you want a guitar tone that really cuts through a mix, then naturally you would increase the amount of treble/presence on the amp. However, doing that will obviously turn up the and develop into a hiss, exacerbating the problem by making the noise more prominent and audible.

The quality of your mains supply can also have a huge impact on the potential noise that the amp may or may not produce. If the AC Adapter in your environment is fairly poor and inconsistent, then this can cause the amp to generate and emit far more noise as it isn’t getting a sufficiently clean consistent supply of power. It’s generally a good idea to plug your amp directly into a mains socket if you can, rather than through a multi-socket and use ac adapters for the external power supply.

Radio frequency interference can affect any amp. If you may have too many other electronic devices that emit radio waves, such as televisions ,radio or even mobile phones- connected to the same circuit or are placed nearby,it could be a common reason for the noise.

Some manufacturers have found ways to combat and reduce this problem however, unfortunately it can’t be fully prevented.Static noise can also be caused by lights and surrounding electrical products or appliances making it difficult to avoid the noise.

When hit with problems of noise from the guitar kit, it is highly advised to use the help of a professional until you know better, because amps have high range of voltage running through them and can be dangerous,lethal even.Amps’ repair is easy after some practice and won’t cost a lot if you consider getting a technician’s.

What kind of amps you prefer will boil down to what kind of tone you prefer,the music you play and your budget restrictions. Stating that one is better than the other will hence be misleading.Some amps come with attached speakers (called a combo) but the high end ones usually are sold separately. So find the amp that works best for you and try to troubleshoot your guitar problems on your own after taking all precautions,it will give you a better sense of being a guitarist and we hope you enjoy your music journey!